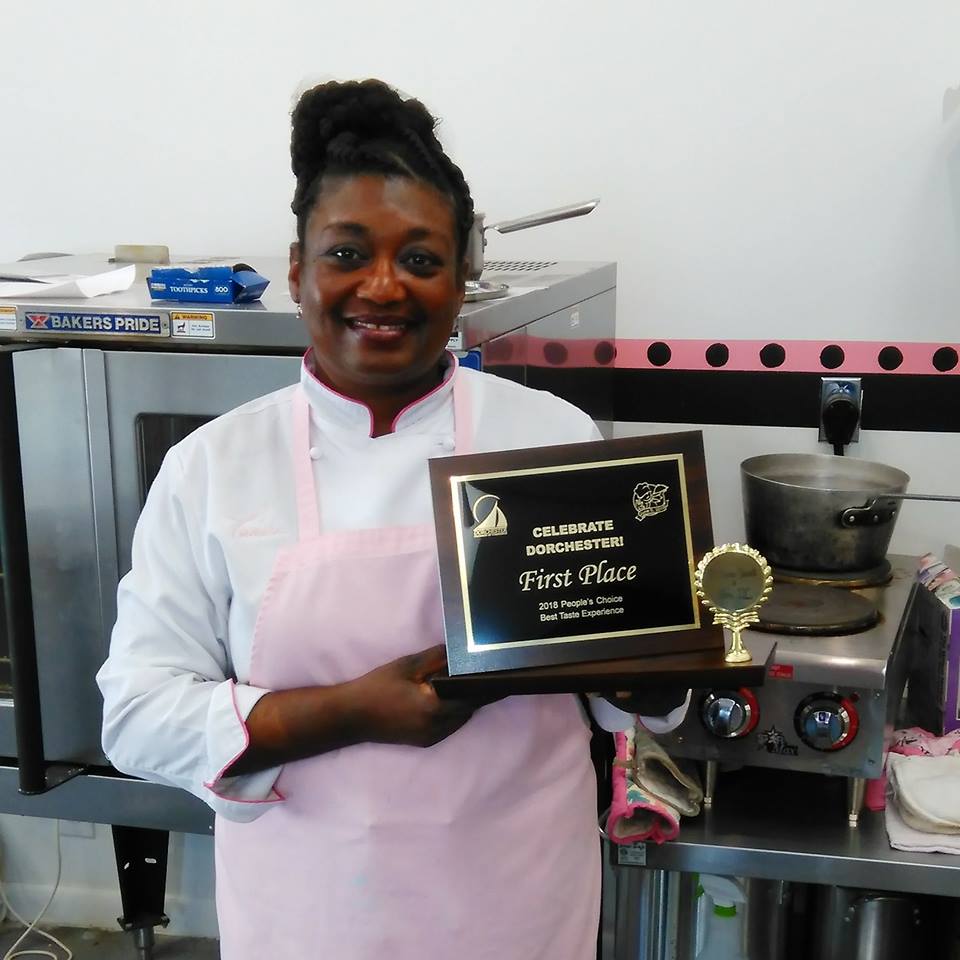 T’s Divine Sweets & More, LLC, opened for business in March 2017, but it’s not Tamara Jackson’s first venture in the food business. She started cooking in her family kitchen on the farm where she grew up. It’s where she developed a passion for cooking with fresh ingredients and the joy of cooking and baking from scratch.

T’s Divine Sweets combines all of Jackson’s experience and passion and enables her to spread love through cooking. She makes all foods and pastries from scratch. Jackson’s products are pies, such as Apple Pie; cakes, such as Carrot Cake and Banana Cream Cake, and cheesecakes, such as Peach Cheesecake or Chocolate Cheesecake with Raspberry Glaze.

Jackson is proud to support local farmers as she purchases many of her ingredients fresh from local farmers, growers, and producers. Jackson believes “fresh is best” and she wants to develop her ‘signature’ as from the garden or ‘farm to table.’ Most of Jackson’s desserts are ‘made to order,’ but for those who are ‘on the go,’ Jackson and her team will have a selection of desserts ready for you.

Jackson is branching into the local markets, as she services Queen Anne, Talbot, Caroline, and Dorchester Counties. Jackson is currently meeting with restaurants in Wicomico and Worcester Counties, as well. Soon, you will enjoy T’s Divine Sweets at the Chesapeake Bay Hyatt Regency. “We are thankful for local restaurants and those abroad. We are getting calls from restaurants in Ocean City. So, in a few weeks, we will be doing dessert demos in OC in an effort to expand our blueprint”, said Jackson.

Previously, Jackson owned and operated two restaurants. In 2001, she opened her first carry-out business in Cambridge, MD., called T’s Corner Restaurant. After that business was sold, she opened T’s Corner Cafe, a 50-seat restaurant in Easton, MD, in 2005. That same year she completed Personal Chef training at the American Personal Chef Institute in Gaithersburg, MD.

T’s Divine Sweets will be transitioning to full-time hours to better serve their customers soon. You can find T’s Divine Sweets & More LLC at 410 Race Street in Cambridge or call 443-477-6263.  Make sure to follow T’s Divine on FB or visit www.tsdivinesweets.biz.