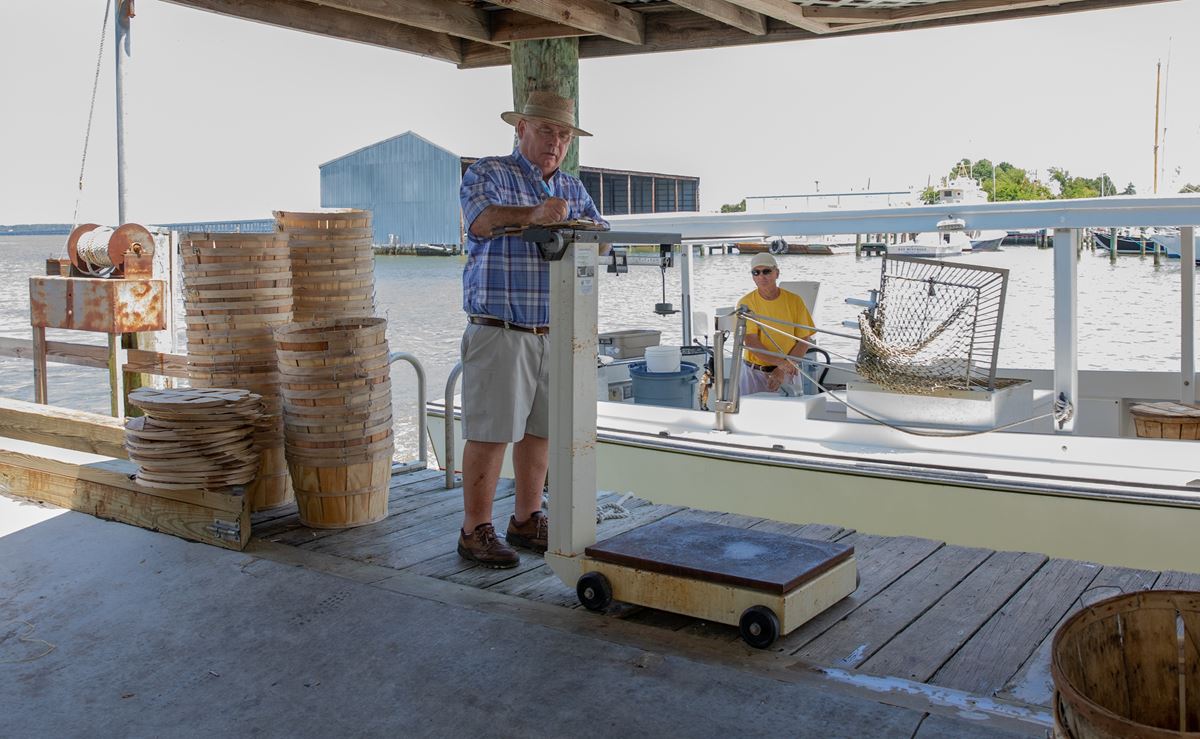 A Mainstay of Dorchester’s Economy

Walking into the picking room at J.M. Claytons on a warm August day, you hear rhythmic sound of dozens of people quietly – and quickly – separating crab meat from the shell. The crabs are steamed, picked and packed in one-pound containers much as they have been from this same location on Cambridge Creek for 100 years.

The seafood industry has been a mainstay of Dorchester’s economy for hundreds of years. From boat builders, barrel makers and watermen, to picking houses, processors and distributors, names like Phillips, Hall, Todd and Ruark were synonymous with the region’s seafood economy.

And for the past 130 years, the Clayton and Brooks’ families have run a thriving crab processing business. Today, Capt. Johnny’s great-grandson Jack Brooks serves as president of the family-run company he’s worked for almost 50 years. They employ over 100 people from April through November while crabs are harvested. 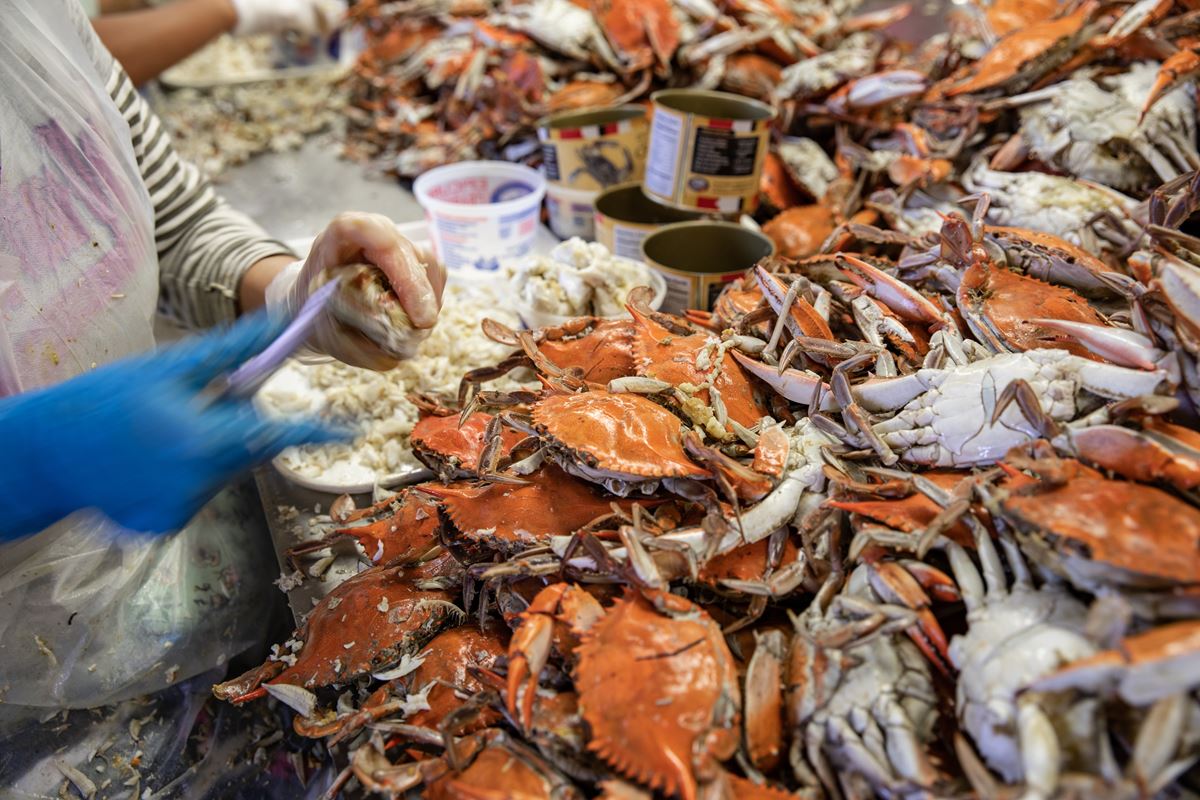 The art of picking crabs

J.M. Claytons was founded in 1890 by John Morgan Clayton (aka Captain Johnny) in Hoopersville, a small watermen’s village in south Dorchester county. In 1920, he moved the business to its current location on Commerce Street in Cambridge to take advantage of phone, rail and steamboat service.

Capt. Johnny had four children, including Hattie Clayton, Jack’s grandmother. Hattie married Glesner Brooks and their son, John Clayton Brooks – known as Clayton – followed his grandfather into the seafood business as did his sons Joe, Bill and Jack. And now Jack’s oldest son Clay is the fifth generation working alongside his family as a managing partner.

The Brooks family has been in Dorchester County since the 1700’s. Jack’s great grandfather and great-great-grandfather were ship-builders making pungies and other sailing ships used to freight lumber to the Caribbean and freight back tropical fruit to the Mid-Atlantic. 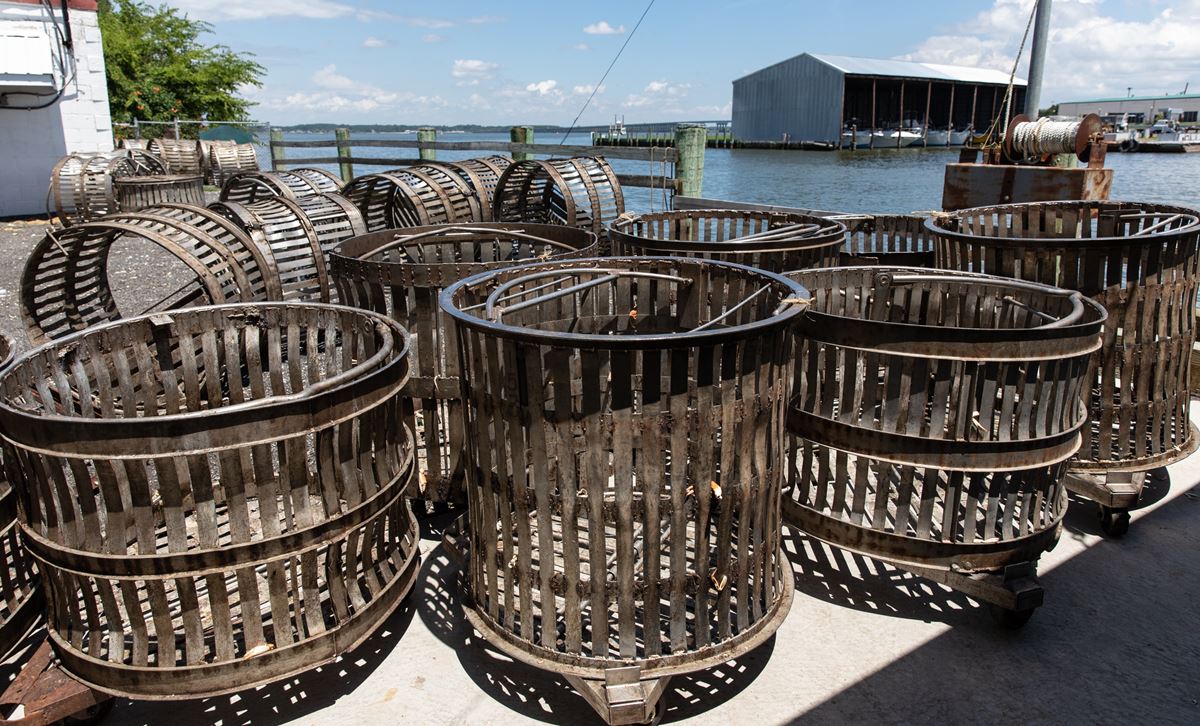 The seafood and crab business have changed considerably since Capt. Johnny started the company in the nineteenth century. As consumer tastes, refrigeration and packaging evolved, so have products. In 1890, J.M. Claytons processed and packed oysters, crabs, fish, frogs and vegetables. Today, they handle mostly crabs and some oysters.

And while industrialization dramatically changed the food processing industry, processing crabs still requires hand labor which is the only realistic way to separate the meat from the shell.

“The face of seafood processing in Dorchester has also changed as we’ve seen a huge transition in the workforce available for seasonal work,” Jack says. “When I first began, we had over 100 local workers. Over time, as more opportunities for year-round employment emerged, that number dwindled to just a handful.”

Jack realized that if they could not find workers for the seasonal job, he would need an exit strategy. To maintain the business, they began using the H-2B non-agricultural seasonal work visa program in 1997. According to Jack, there aren’t enough visas allocated by the federal government to meet the annual seasonal demand which sometimes leaves seafood businesses in Dorchester with no workers. 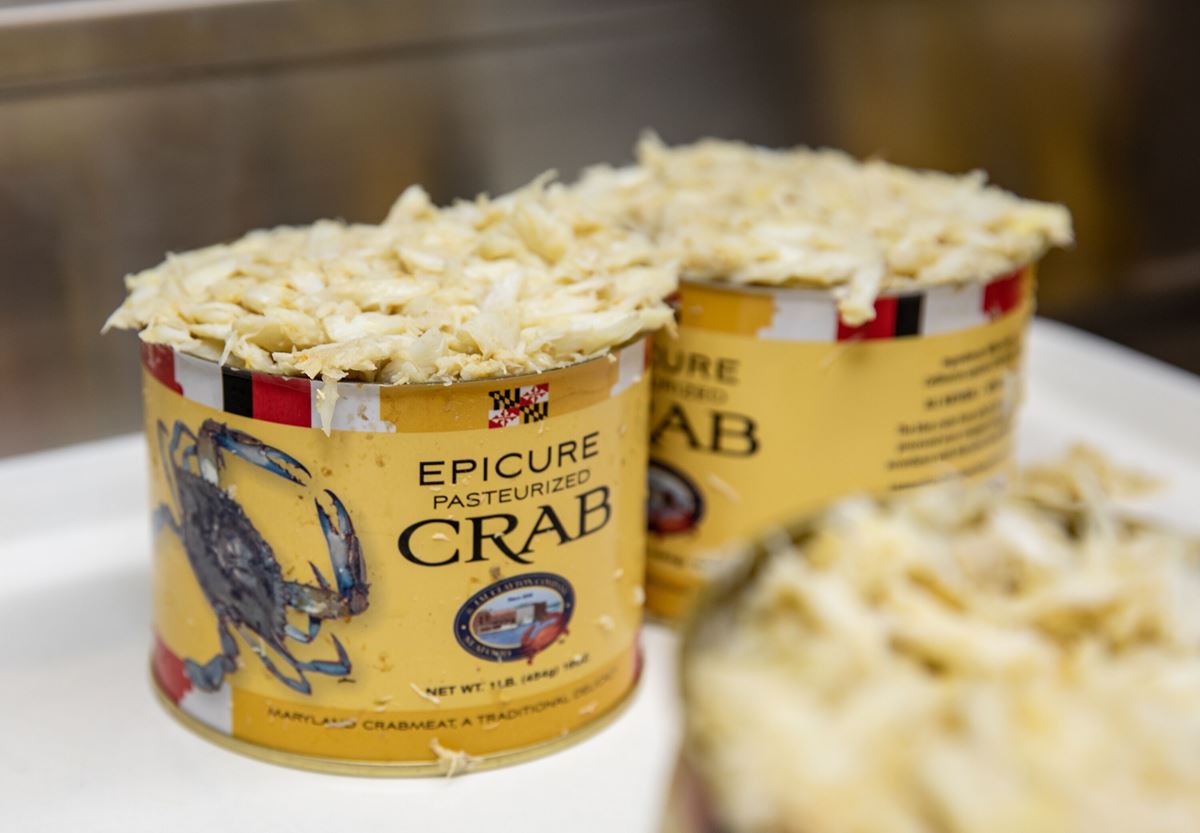 JM Claytons crab meat in the process of being sealed and sold.

Maryland crab is an iconic symbol of the state and Dorchester is renowned as a center of Chesapeake delicacy. The crab industry has provided a steady economic engine for the county employing thousands of people directly and indirectly.

“Banks, plumbers, refrigeration technicians, marine trades, and other business who supply goods and services to our industry and contribute to the economic well-being of our community,” Jack explains.

As he reflects on a half-century at J.M. Claytons, he says “Dorchester’s seafood industry is made up of good hard-working people that care about the county, its waterways and the overall health of the Chesapeake Bay and all the working people around it.”