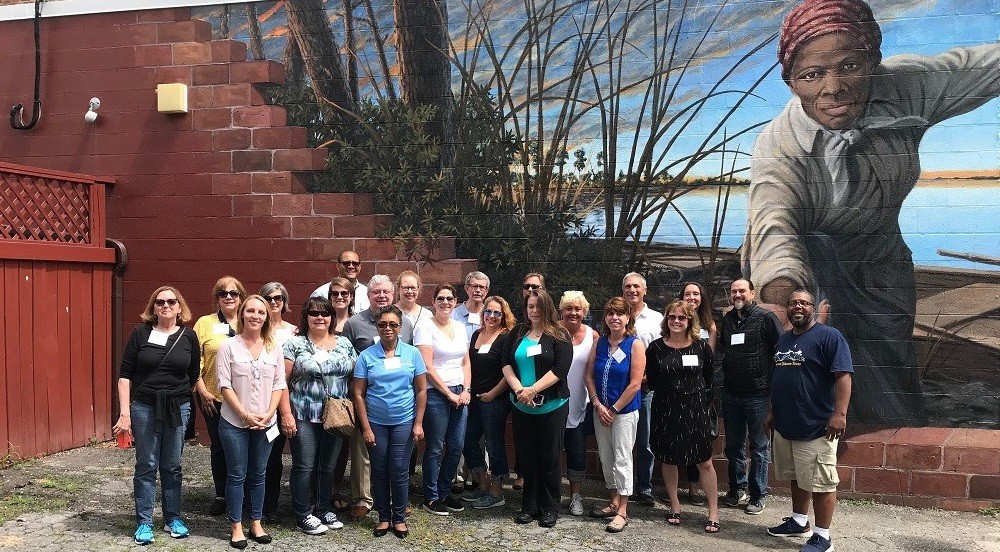 The Dorchester County Economic Development office hosted members of the Maryland Economic Development Association (MEDA) on an Emerging Agriculture Tour. The purpose of the tour was to focus on a conventional industry and highlight the innovation and technology used in both the traditional and new sectors of agriculture. The tour began at the Eastern Shore Innovation Center (ESIC) business Incubator. Attendees were given a glimpse into SunX Analytical’s Hemp Processing lab.

Owner, Barry Pritchard was a recipient of a Rural Maryland Grant in 2016 which assisted him in setting up the lab in the ESIC. Pritchard operates one of the leading hemp testing and processing labs in Maryland. He positioned himself three years ago in the emergent industry and has partnered with farms that are part of MDA’s Maryland Industrial Hemp Research Pilot Program. Farmers and ancillary businesses are anticipating a bright future as more regulations are released in connection with the passing of the Farm Bill. SunX is expected to expand its business footprint in this summer.

After touring the hemp processing lab, MEDA members visited Peninsula Holistic, a Medical Cannabidiol (CBD) and Tincture company. CEO, Anthony Darby gave an overview of CBD and the benefits as an everyday wellness supplement. Peninsula Holistic was formed in 2018 and currently has 8 employees including four partners located in the ESIC.

The next stop was Downtown Cambridge to visit the new Harriet Tubman Mural. The mural has attracted thousands and has received national attention. Local small business, Harriet Tubman Tours, provided the shuttle service for the day as well as a Tubman narrative. Considered one of Maryland’s heroes, Tubman spent her early years on a Dorchester farm where she learned foraging and survival skills.

After visiting the mural the attendees arrived at Culta. Culta is a thriving indoor medical marijuana grow facility in Cambridge that employs 60 people. MEDA members made history as Culta’s largest group to tour the business. The group spent nearly 2 hours in the facility. Culta utilizes the latest technology and assures their plants are given the best care possible.

Kelly Jackson, owner of Emily’s Produce in Church Creek provided lunch and welcomed MEDA members with an overview of their last 20 years in business. The Jacksons are a 7th generation farm family. Their business began in 1998 as a roadside stand and now they are open nearly 8 months out of the year and have 26 employees. While visiting you can find everything from fresh veggies and fruit to corn feed beef, ice cream, wildflowers and more.

The tour ended with a drive by the Blackwater Wildlife Refuge, Bucktown Store and the Brodess Farm where Tubman lived and worked as a timber farmer.